Monopoly was instantly the best selling board game and game in general in America. Beating out such games as Blackjack and Roulette which were popular at the time by staggering numbers. Today millions of copies of the Original Monopoly Game and Special Edition Monopoly games are available. The Monopoly Mega Edition, which features a larger Monopoly board with more properties, a $1000 bill, bus tickets, skyscrapers (that are built after hotels) and train depots that build on railway stations like houses on property.

Monopoly: The Lord of The Rings Edition Board Game Inspired by The Movie Trilogy, Family Games,, Age…

A children`s version was also made called Monopoly Junior. It has simplified rules for youngsters.

The first Monopoly Delux Edition came out in 1935 (rereleased in 2002), after the games surprising popularity, and since, many anniversary editions have been produced, especially the 50th and the 70th anniversary editions. The 70th Anniversary Monopoly Edition came in a 1930’s art deco style silver tin with chrome plated art deco versions of the original dog, speed boat, ladies’ heeled shoe, wheelbarrow, iron, tophat, thimble, car, sack of money, cannon and a horse with rider pieces.

In 2001, Target released the Monopoly Nostalgia Edition which was a replica of the 1957 board with a wooden case, brief history of the game. They discontinued it in 2005, and now it has become one of the many sought after collectible edditions of Monopoly. If you’re a collector, or just looking for a great gift, look on eBay for this and other rare versions of Monopoly, and other – Monopoly games and Monopoly rules.

I personally like the really novel Monpoly games like the Monopoly Pink Boutique Edition and the Elvis Monopoly Edition. Which ever edition that you’re searching for, most delux and special editions were only manufactured for a limited time, so once they’re sold out, they’re no longer available to buy new in stores, so look on Amazon, and I bet you’ll find them!

Each of these versions of the game are aimed at collecters in the genre, so they sell out quickly. If you know a die hard Lord of the Rings fan (and don’t we all), consider looking for the Collector Edition on Amazon, where nothing is ever really discontinued.

Monopoly: The Lord of The Rings Edition Board Game Inspired by The Movie Trilogy, Family Games,, Age… 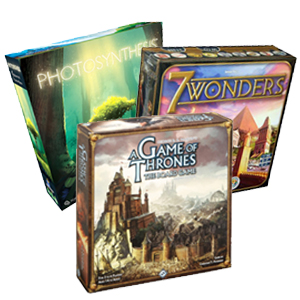