Microgaming was the first software company in the online casino industry, and they used their software to power the first online casino, the Gaming Club, back in 1996. A lot has changed in the more than 20 years since the industry has changed, but Microgaming has managed to remain on top by adapting to changes in the industry as they happen. Along these lines, you can see a lot of differences between the older games powered by this software and the new Microgaming casinos of today. They’ve changed a lot, including their entire software platform, but is newer better? That’s the question we’re going to answer for you here.

The original Microgaming casino software platform was a downloadable program that led to what’s now called their Viper platform. This software only uses their games, and it includes their entire library of over 800 titles, the most produced by any individual software company in the industry. This sounds great, and they were able to use their sheer quantity of titles to dominate the competition, but then something changed in the industry.

What changed is that the industry started being more about quality than quantity. This was a bit of a paradigm shift that slowly happened largely between around 2008 and 2011, and it created a situation where a lot of much smaller software companies like Net Entertainment and BetSoft were able to pick up some significant portions of the market by offering fewer games of a higher quality. This was the first time quantity and quality really had to square off in the online casino marketplace, and it was clear that quality was winning.

So Microgaming pivoted and developed what’s now known as the Quickfire platform. This is what virtually all new Microgaming casinos are based on, and there’s a lot to know about how this platform works and why it has so many advantages in today’s industry.

About the Quickfire Platform

Around the same time that the industry became more about quality, different software platforms started popping up that allowed games from several different developers to be seamlessly combined to give players one large selection to choose from. Microgaming went in this direction with their Quickfire platform. In terms of game selection, they have all of the most popular Microgaming titles along with their most recent games from the past several years, but they also include plenty of content from hand-curated, third-party providers. This not only gives players a great selection of titles based on quality, but it also gives them quantity in the form of a lot of awesome games from a lot of talented developers. 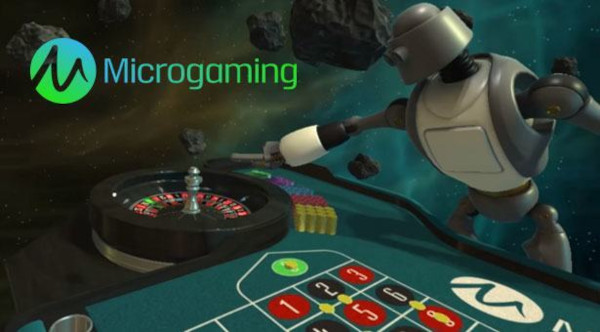 The Quickfire platform can also be integrated with games from other providers like NetEnt and BetSoft because it’s based entirely on a web-based platform with no download required, just like the games from their two competitors listed above. This has the side effect of making the games easily accessible from mobile platforms as well.

There are a number of major benefits of the Quickfire platform that’s used for new Microgaming casinos here, and we’re going to briefly cover a number of them.

Accessibility From a Variety of Devices

On the older Microgaming Viper platform, you needed to use a Windows-based computer to connect and play. That was pretty much the only option you had aside from a rather limited no download option and a mobile platform that only had a few dozen games to choose from. With Quickfire, you can connect from any kind of computer running any operating system out there. The only requirements are that you have an updated web browser and a connection to the Internet. It’s that simple.

The same kind of thing happens with Quickfire and the mobile players. You can connect with any smartphone or tablet to an online casino that uses the Microgaming Quickfire platform and run the games inside of your web browser just like you would from a computer. This is one of the most flexible options for mobile players available today, and it all stems from the idea that an Internet browser is all you need to get started playing.

Each month, a lot of new games are released at sites that use this platform. The reason for that is that you have several different developers coming out with new games in addition to Microgaming’s own game development. If you combine that, you’ll sometimes get upward of 10 new releases in a month covering slots and other genres of games. What’s more is that you’ll get a wide range of different play styles and design approaches in these games, so you’ll never feel like you’re just getting more of the same.

While there are some major advantages to the newer approach, not everyone is a fan. Some people really preferred the Viper platform because of the overwhelming number of games that allowed them to seem like they were finding something new to play every time they wanted it. The problem was that a lot of these games were extremely dated, and you have to remember that their first games were released more than 20 years ago, so having older titles is a part of having such a long history.

With the Quickfire platform, Microgaming pulled hundreds of these older titles, largely because they’d never been converted over to the Adobe Flash format, so they wouldn’t fit in with the Quickfire software in the first place. With that having been said, a lot of players were upset by this, but it was largely because they were put into a position of having to learn about new games instead of sticking with their tried-and-true favorites.

The good news for these players is that there are still plenty of sites that still run the Microgaming Viper software exclusively, and those sites still have all of the oldest Microgaming titles available on what basically amounts to dated, but not yet obsolete, software. However, the Quickfire platform is taking over more operators each year, and most players agree that this approach is much better and much more suited for the times.

So to answer the question posed at the beginning of this discussion: Yes, newer is better in the case of the software platform. However, as far as the new Microgaming casinos themselves being better than the sites of old, that depends on a lot of factors like how reliable the operator is and what their reputation for quick cash outs is like. If you want the best of both worlds, look for a site that’s been around for quite a while and has proven themselves to be trustworthy but that also runs the Microgaming Quickfire platform.